Malta first time visitors are usually delighted with the beauty of the island, as Malta is a great destination to visit with idyllic scenery, beautiful beaches tasty cuisine, almost 300 sunny days and culture that ticks nearly all boxes. It is made up of 3 main islands, – Malta, Gozo and Comino. Check below some essential tips and recommendations that might make your stay experience more relaxed! If on a short stay in Malta, you could include on the list of ‘Must See Places” Valeta, the Capital of Malta, Mdina and Rabat, St Julian’s, Sliema and Paceville. Check here, the Major Malta Places to Visit! Malta is better suited as a summer destination when you can enjoy beach activities. On this first trip, we did not get that wow factor as in Cyprus and Greece. The visit was beginning of February with rainy days and chilly weather. The second trip, most probably in spring!

It is always exhilarating when stepping into a new country, having to face the challenge of communication. Malta First time visitors should know that Malta has two official languages. Heard the Maltese for the first time myself at the Oceana Restaurant of the Hilton Malta when a lady was chatting with a Cook. I asked them what language they were speaking, and later on, tried to find out a bit more about it. Heavily influenced by Arabic elements due to Arabic conquests of both Malta and parts of Sicily, the Maltese language is made up of 50% Italian words, 44% of Semitic/Arabic words and 6% English origin words. 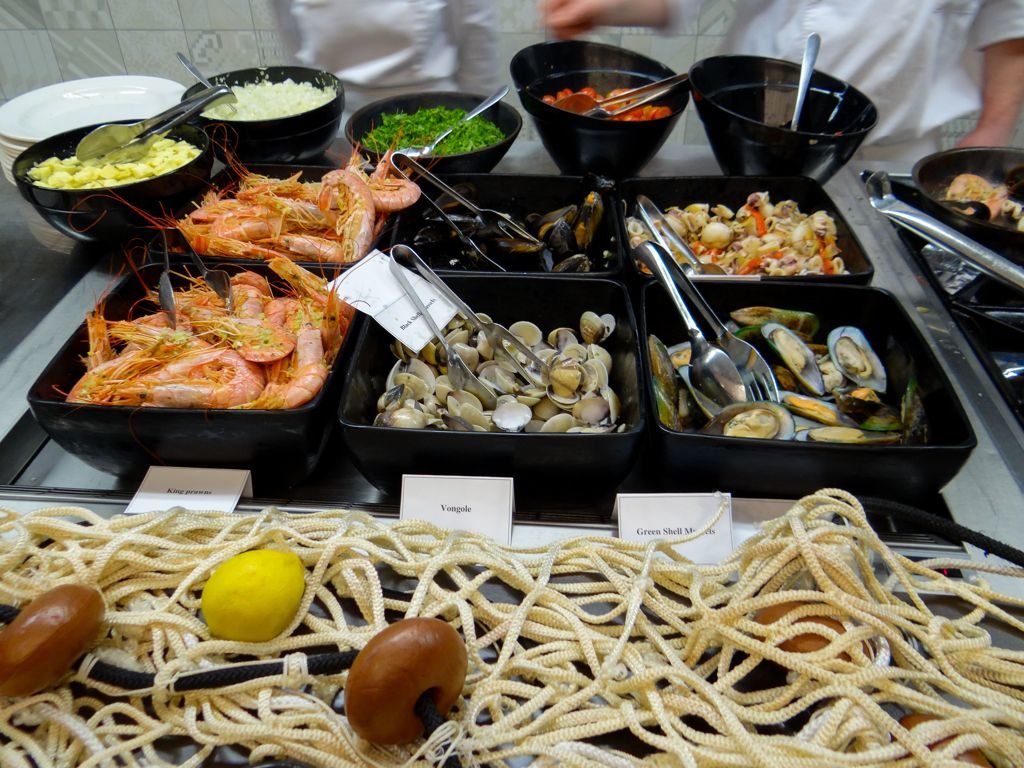 One of the most striking features of Maltese cuisine is seafood and the popularity of pork. They use it on a lot of the traditional dishes. When it comes to regional variations in Classic Maltese food, that difference is most evident when it comes to the desserts and sweets. Desserts prepared in Malta will vary according to the fruits and vegetables available for the season.

Means of Transport in Malta The Maltese public transport, on the whole, is a great and cheap way to move anywhere on the island of Malta but you need to be patient especially if you plan to visit Malta in summer. Getting agitated won’t help the situation! Malta First time visitors shouldn’t be surprised to see long queues during the high season. Several bus drivers won’t stop to pick tourists and ignore any gesture of waving at them, while others won’t show up at all. Once you are on a bus, tickets are valid for two hours. If you plan on visiting Valletta from Sliema (or vice versa) or the Three Cities, the harbour ferry can be the fastest route.  A one-way ticket costs €1.50 and a return €2.80. As for a visit to Gozo, travellers don’t pay a thing to get to the island, but they are required to pay the €4.65 fare upon returning to Malta.

Taxis in Malta don’t use a metre, so better agree on the fare before stepping in the taxi you hail from the street. When considering the lack of parking spaces available in many areas, the price of car hire and the full busses during summer, taxis are a good alternative.

To and from the Malta International Airport Bus Tickets from the Airport Buy bus tickets from the airport office or directly from the bus driver.  The cost is €1.50 for all bus-lines and €2.00 in summer. Night bus lines cost €3.00

Malta first time visitors won’t have to worry on late arrivals. For late after midnight arrivals take bus line N10. It stops at the airport every half hour between 01:00 – 04:00.

There is no exchange office and very few ATMs at the airport. Better carry some euros along before your flight.

10 Favourite Fine Dining Malta Restaurants You Should Not Miss

What’s Breakfast Like at the Oceana Restaurant, St Julian’s – Malta!

Tips and Facts about Sofia and the Best time to Visit...