Street music in Havana is a scene you will enjoy a lot as a visitor. The music of Cuba is rich and varied and is born from a fertile mixture of African rhythms and percussion, and European melody and verse. It has been described as the marriage between the African drum and the Spanish guitar. The locals are skilled and fluid able to move beautifully across the dance floor. On a first time visit you will want to spend five days or a week. Smart Travelling spends two weeks in Cuba on this first trip equally shared between Havana and Varadero. The first 3 days we spent them exploring the city on foot mostly to learn the layout of the city and having heard so much about the street music in Havana we longed to come across a few bands. We walk in the streets and music pours out of radios in people’s homes! The Buena Vista Social Club is the story of a group of musicians who were trapped by history but who were also ultimately granted a reprieve, and as result revived a genre that was almost lost. How could we miss referring to this so significant band! Don’t miss the crowded Calle Obisopo from Calle Mercaderes, near Havana Harbor, west to Avenida Bélgica. When you get here, just go with the flow, to enjoy the street music in Havana. Walk with the mass of people and there is a huge possibility to spot one such nice band performing live. Street music in Havana by serenading bands set up on street corners, hope for a donation. We would daily come across such performers with grass-styled multi-colored outfits. They dance in the middle of the street on five-foot tall stilts. Some play instruments, others smile and shimmy, reaching out to children on their parents’ shoulders or to couples standing, arms around each other, enjoying the impromptu celebration of all things Cuban. Small bands play in cafés and bars where you can enjoy the music called “son” that was popularized by the movie, the Buena Vista Social Club. One such is Sofia Restaurant on the corner of Avenida 23 at Calle O. We stepped in intending to have a quick coffee and found a band with a singer where five musicians were performing. Incredible and how lucky we were to be here! We finish our coffee but the music is so infectiously joyful, that we end up spending the whole afternoon here. When the guys in the band take a break, we buy ourselves a couple of their cassettes in an effort to prolong the experience by playing the CD when home. 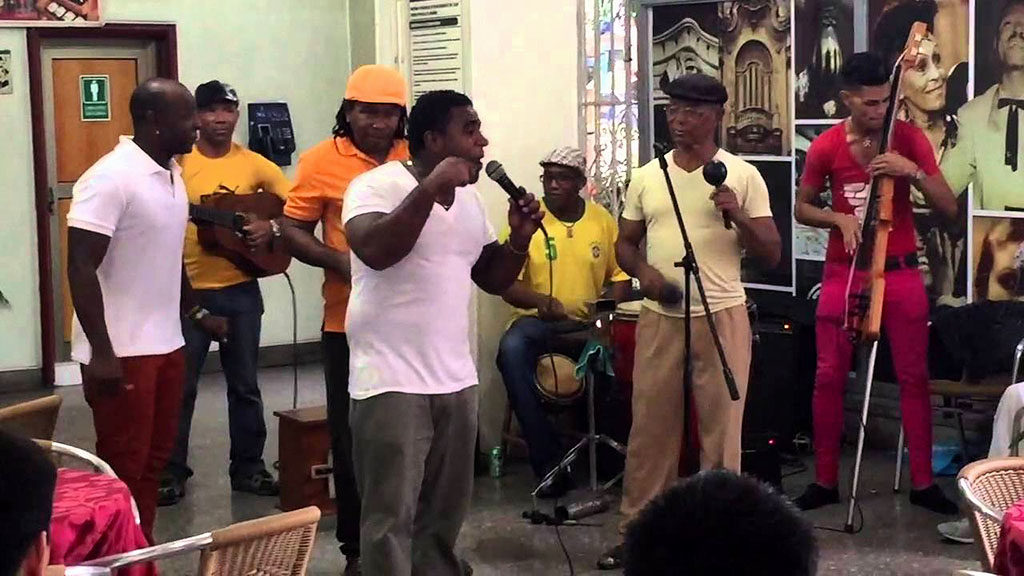 Well! We are home by now, but nothing is as good as being in the café, or any other similar in Havana, on a day when the weather is just right and the music is so full of life. How we have missed all these!

You guessed correctly. We can’t wait to be back in Cuba one day!

Have you had the same feelings after returning home? Comments are always welcome

Get to the Pergola Grill Bar of the Landmark Nicosia for...